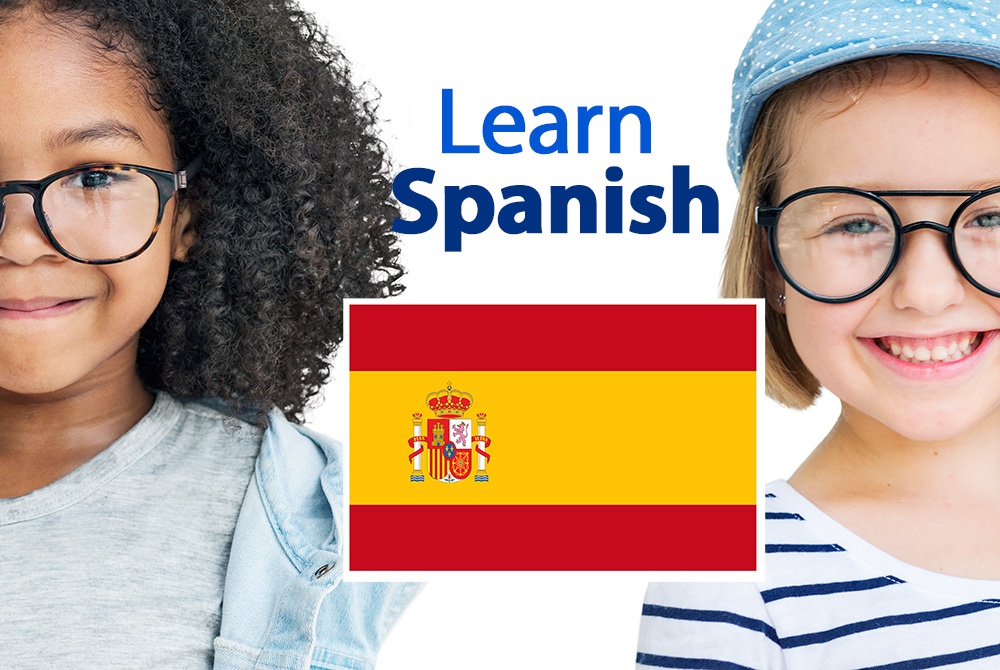 It’s no wonder you want your children to discover this beautiful country and start learning Spanish!

According to experts, children are like sponges; if they’re motivated to, they can learn any language easily when they’re exposed to it in various contexts. The younger they start learning, the better!

Language development in children who are learning two languages

Preschool-aged children have highly adaptable brains; they can distinguish between and produce sounds easily. This allows them to speak without an accent.

Various factors influence a child’s learning and use of two languages: age, exposure time, the status of the language in the child’s country, etc.

Regardless of the context and environment in which the child grows up, parents must adopt a proud and positive attitude towards the use of both languages at home.

This will help the child to stay motivated to learn both languages.

Which language to choose?

We recommend Spanish for children because it’s widely spoken. Being able to speak Spanish will open doors in your child’s future career, and it’ll make holidays in Spanish-speaking countries much more fun and interesting!

Do you want your child to learn Spanish gradually and effectively?

Here are some ways that you can help your child learn Spanish, from private classes and language schools to ideas on how to spend quality family time.

And yes, learning Spanish is easy!

1. Learn Spanish on a tablet (kids can use their parents’ tablets or their own)

Tablets are typically used for non-educational videos and games. However, a tablet is a useful tool for introducing children to Spanish in a fun way (the use of screens is not recommended for children under the age of 2).

If your child loves their stuffed toys, you could use the Little Pim method to teach them Spanish, which uses a panda soft toy.

Using the method of repetition, each video allows your child to learn and practise 60 new words.

It’s a good idea to monitor how long your child uses the tablet for and supervise what they look at to teach them healthy tech habits.

Your child is sure to enjoy learning Spanish alongside their parents and siblings. 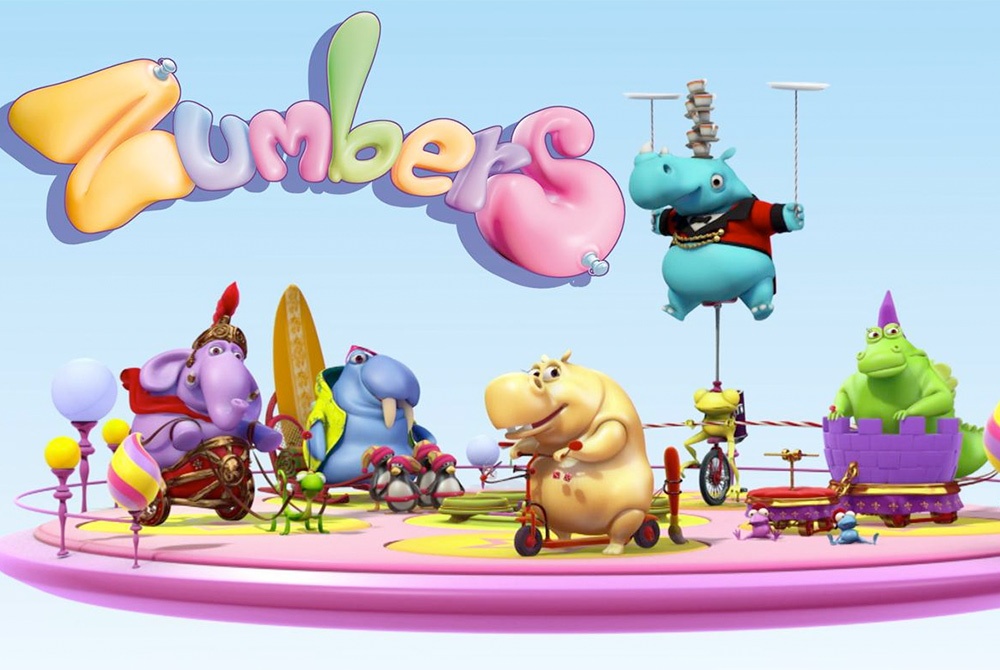 Cartoons aren’t always totally bad news, as long as parents monitor what children watch and for how long.

Watching cartoons in Spanish is a fantastic way to engage your child with language learning; it’ll familiarise them with vocabulary by exposing them to new words that they will then directly associate with the images on the screen. And at the same time, they’ll develop their listening skills.

Here are some ideas of cartoons in Spanish that your children may like:

Children won’t learn Spanish just by watching cartoons. However, cartoons are a good place to start!

It’s down to you to provide additional activities to make Spanish one of your child’s everyday languages.

Everyone knows that children love stories, especially at bedtime. Learning Spanish is fun and easy with illustrated books.

If your child is a fan of books, why not give them some short stories in simple Spanish?

You can choose from a range of Spanish and bilingual books (recommended for children aged 6+ as they start to learn to read).

Here are some books in Spanish for your children to enjoy before they go to sleep:

Buenas noches Gorila (bedtime at the zoo).
La vida de albahaca (bilingual).
Rana Frog (bilingual).
¡Guau, guau! (the story of a baby and a dog, a favourite among families with dogs).
Conejo y sombrero (a fun story told in verse with a rabbit as the main character, ideal for reading aloud).

A story in Spanish before bed!

Another useful tip is to buy the Spanish version of one of your child’s favourite books, for example, Finding Nemo.

They’ll have to learn many words off by heart, which is a useful skill to develop. 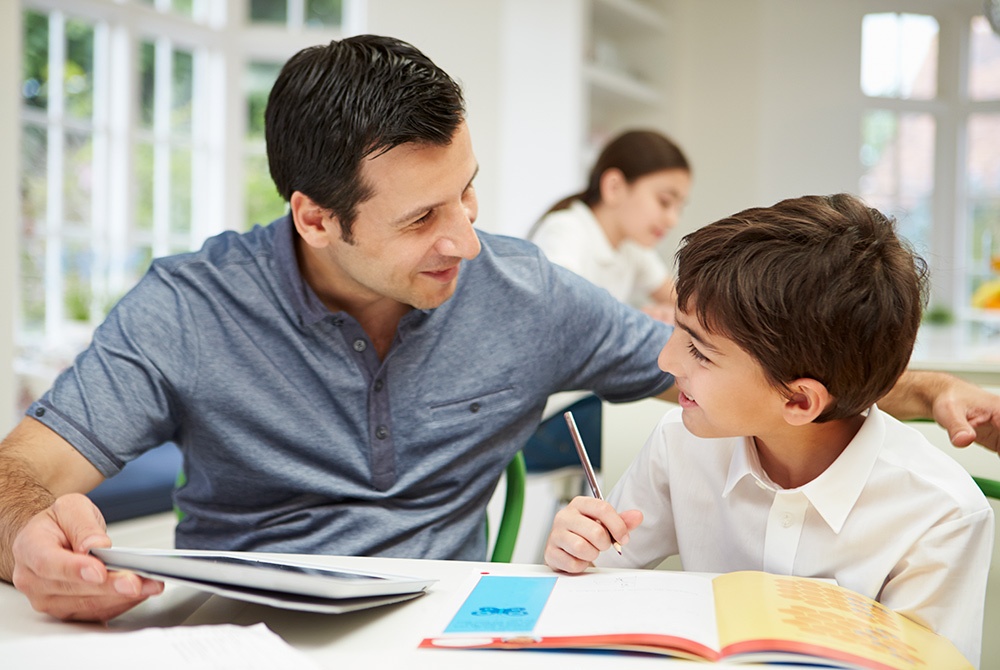 4. Learn Spanish with a teacher

This is a good option for highly motivated children who show interest in the Spanish language.

Children can learn Spanish with a teacher, whether it’s with a private tutor or at a specialised language school.

Group lessons have many advantages: children make new friends, share jokes, learn together, and the group setting helps them to feel relaxed in the presence of the teacher.

There are usually various options in every country.

For example, the Instituto Cervantes offers Spanish classes to children in both Londen and New York.

In the case of families with one or both parents from a Spanish-speaking country, children can learn to communicate in both Spanish and English equally.

Studies into language acquisition have proven that it’s not necessary to first learn a mother tongue to be able to then learn a second language.

In fact, children can begin learning two languages at the same time from a young age.

A child who is surrounded by Spanish and English on a daily basis will learn to communicate naturally in both languages.

Children who are comfortable interacting in two languages from a very young age will have an advantage when they later study subjects such as tourism, international business, translation, teaching, etc. 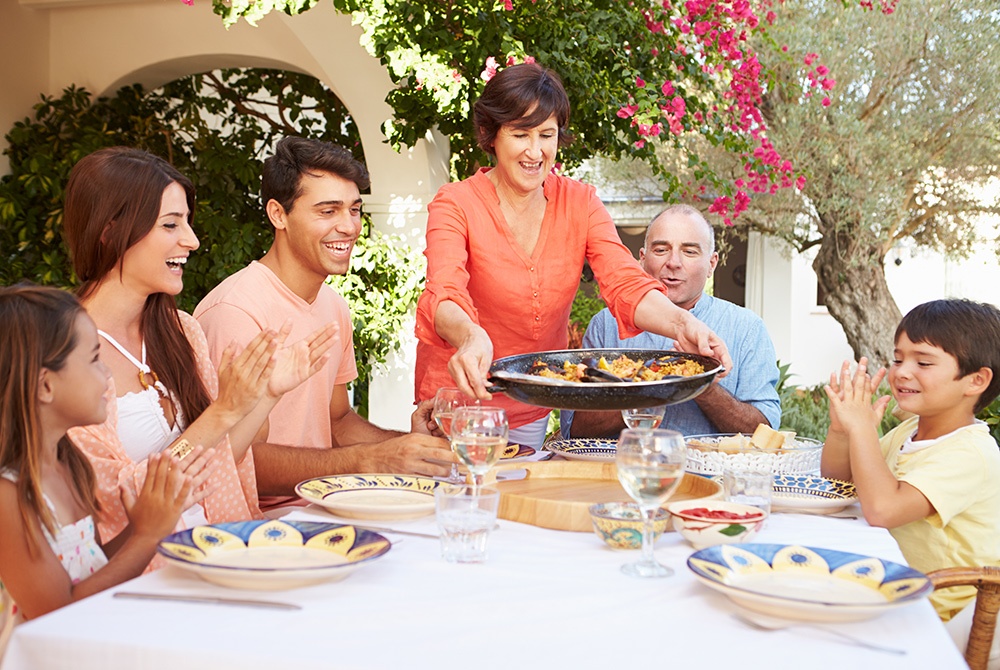 Going on holiday to a Hispanic country to visit Spanish-speaking relatives is a great way for children to learn Spanish.

Whether you go to a city, the coast, or the countryside, children will have the opportunity to practise the language with their Spanish-speaking family members.

Children are also sure to make friends there. And what could be easier than learning Spanish while having fun at the beach, the pool, or the park?

While your children are on holiday in Spain or Latin America, you could organise Spanish classes for them to complement their language learning.

Take advantage of their total immersion and make sure they’re learning grammar and writing skills at the same time. These skills are often lacking when a language is learned orally.

Most language centres offer one-to-one classes for children. Equally, it shouldn’t be difficult to find a teacher to give your child private classes during the holiday.

There are many websites dedicated to teaching Spanish, aimed at tech-savvy parents and children who enjoy using tablets, mobile phones and computers.

The website also offers Spanish learning kits for children, which consist of workbooks and CDs so children can learn at their own pace at home.

The aim is for children to learn basic everyday vocabulary and be able to understand simple phrases in Spanish.

Children can do exercises to review what they have learned with the Spanish teacher.

As you’ve seen, there are many ways to teach children Spanish. Learning at home surrounded by family is a wonderful opportunity for children, and being able to speak Spanish will help them with school and holidays abroad.

Young learners who don’t have Spanish speakers at home may need extra motivation to learn Spanish in the form of games or rewards. Additionally, parents must maintain a positive attitude towards speaking this warm and sing-song language.