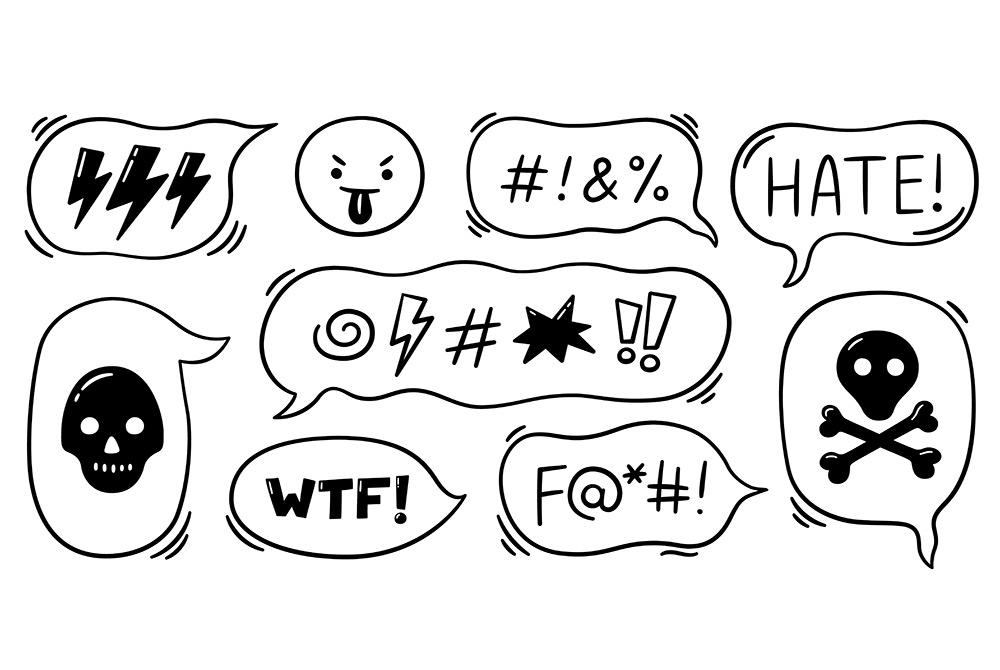 When it comes to swearing in Spanish, Spaniards are famous worldwide for their use of flowery language and the diversity of their insults.

Swear words with strong imagery and literal meaning often linked to sexuality or religion are generally the most well-known types of Spanish swear words.

And yet, they’re not always used as insults. Sometimes they’re exclamations or even praise.

Below you’ll find a non-academic summary of Spanish swear words (no, not the worst ones).

It’s important to understand the meaning of these swear words and use them with care. Sensitive souls should be careful – some expressions are quite strong!

Swear words have existed since ancient times. They’re considered ‘bad’ words because they originate from taboo subjects in society.

For example, in Europe during ancient times and the Middle Ages, the worst swear words were those related to sex and excrement.

Experts say that during the Renaissance period insults related to religion were considered most offensive. This was especially true in Spain, a Catholic country which had not yet experienced a Protestant revolution.

Spanish and Catalan have always been languages rich in insults and blasphemies.

Nowadays in Spain, we say these swear words out loud a lot more often.

This uninhibited use of swear words such as “c0ño”, “gilip0llas” and “j0der” is common in Spain due to the disinhibition of contemporary culture. 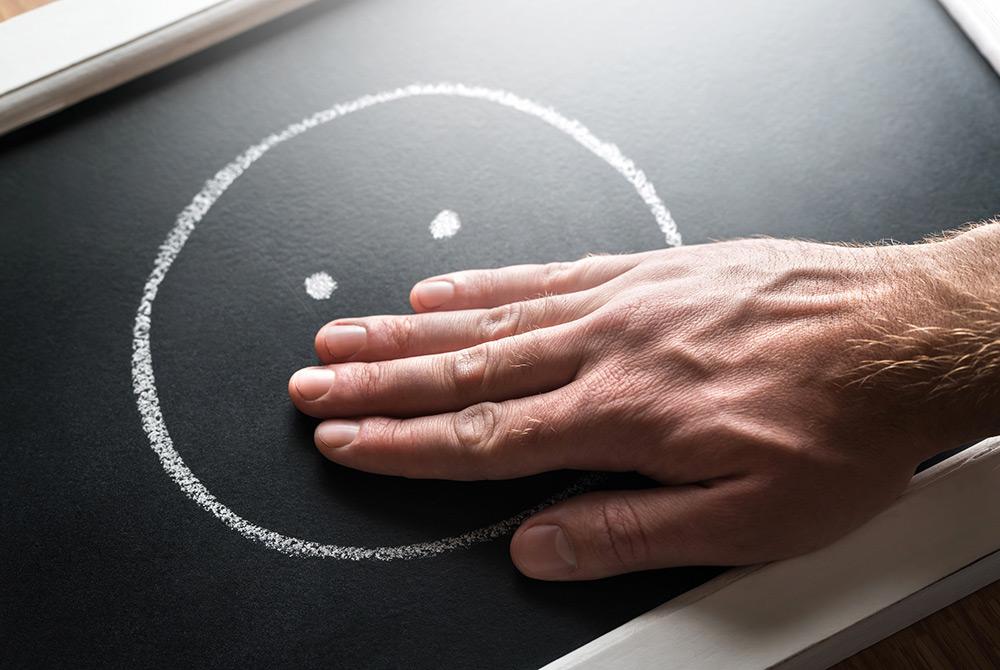 According to some psychologists, swear words have a strong emotional force.

This means using them allows us to relieve stress and convey to others how we feel. Experts even say that swearing is a “natural response to pain” that helps us cope with it.

Therefore, Spanish swear words aren’t always used to insult or offend. They’re often just an indicator of comradeship or agreement and can even express praise in some cases. However, if you’re unsure of the nuances, it’s best to refrain from using them. Let’s look at some of these swear words.

The most common swear words in Spanish 🤬

Once again, it’s impossible to cover everything and be objective. We’ve chosen a selection of Spanish swear words, selected for their popularity and how interesting they are to learn about.

La h0stia is a small slice of bread that the priest declares represents the body of Christ during mass. It’s a strong religious symbol and therefore blasphemous. It’s mentioned in many Spanish expressions.

The word “cabr0n”, which literally means “male goat”, is less offensive and is used very frequently in Spain.

If someone calls you “cabr0n” (or “cabron4”), they’re finding you annoying.

Or perhaps they envy you? If they say “¡Qué suerte tienes, cabr0n!”, it’s more like “Pues que suerte la tuya” (“How lucky you are”). Almost affectionate.

“J0der” means “to have sex”. It’s equivalent to the word “fu ck” in English, although it’s more emphatic and not quite as strong.

Some people use it in every sentence as a way to add emphasis.

If we’re talking about ourselves or someone else, the word indicates that we’re suffering: “Con esa lluvia, estoy j0dido”. It can also be used as a verb: “esa lluvia me está j0diendo”.

Finally, this highly expressive verb can be used to indicate that you want to be left alone: “¡Estoy cabread0! ¡No me j0das!” (“Estoy enfadado, no me molestes”).

Its literal meaning isn’t very chic: “Tomar por el cul0” (“take (something) in the 4rse”). This Spanish expression is widely used and has four different meanings.

The first indicates that something is located very far away. For example, “mi nuevo trabajo está a tomar por cul0”.

The third meaning expresses frustration when something doesn’t go well. For example, “esto no tiene arreglo, a tomar por cul0”.

And when everything goes to pot, we use the strange phrase “a tomar por cul0 la bicicleta”.

It’s important to note that the word “DE” cannot be left out. This phrase will then have the opposite meaning, and saying it could cause you a lot of problems. 😥

It’s used so much that it’s lost its literal meaning and almost all of its shock factor. It appears in phrases such as “¿Qué c0ño es eso?” (“¿Qué dem0nios es esto?”).

A “gilip0llas” is an idiot.

Its etymological origin is uncertain, but its meaning is clear. It’s said to be one of the most common insults in Spanish, and if someone calls you a “gilip0llas”, they think you’re a fool.

However, it’s sometimes used affectionately among friends rather than as an insult.

“C0jones” is slang for “testícul0s” (test1cles) and can be used as a synonym for “agallas” (“guts”) or “tener lo que hay que tener” (“to have what it takes”), making it the English equivalent of “b4lls” or “bullsh1t”. For example, “Hay que tener c0jones para hacer eso”.

A common expression in Spain is “hace lo que le sale de los c0jones”, which means “hace lo que quiere” (“he does what he wants”).

To refer to the obnoxious or bossy behaviour of another person, the idiom “tocar los c0jones” is sometimes used with the variants “huev0s” (“eggs”) 🥚🥚 and “pel0tas” (“b4lls”) ⚽️ 🏀.

If you want to know more about this curious swear word, here’s a link to some amusing information about it. 👈 😂

Of course, there are many swear words missing in this blog post. But if you understand the meanings behind the ones we’ve mentioned, you’ll save yourself a lot of trouble.

You’ll stop being so shocked by swear words in Spanish, and you’ll know whether to be insulted or not when you hear them. On the other hand, it might be best to avoid using them!

Be careful not to end up the butt of the joke in Spain. For example, be wary of someone who wants to teach you ‘how to order a beer in a bar’ if you don’t recognise the words in the sentence.

If you want to get more serious about learning Spanish, remember that we have some fantastic courses at our centre. Check them out here. 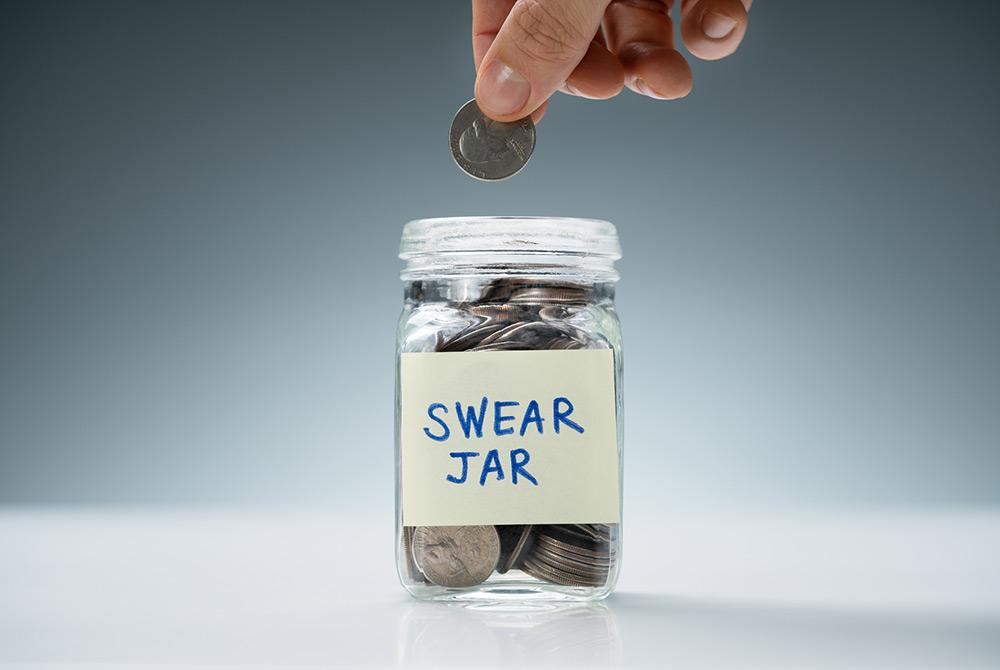 Obviously, we have substituted some letters with numbers so as not to make the post “not recommended” by Google.