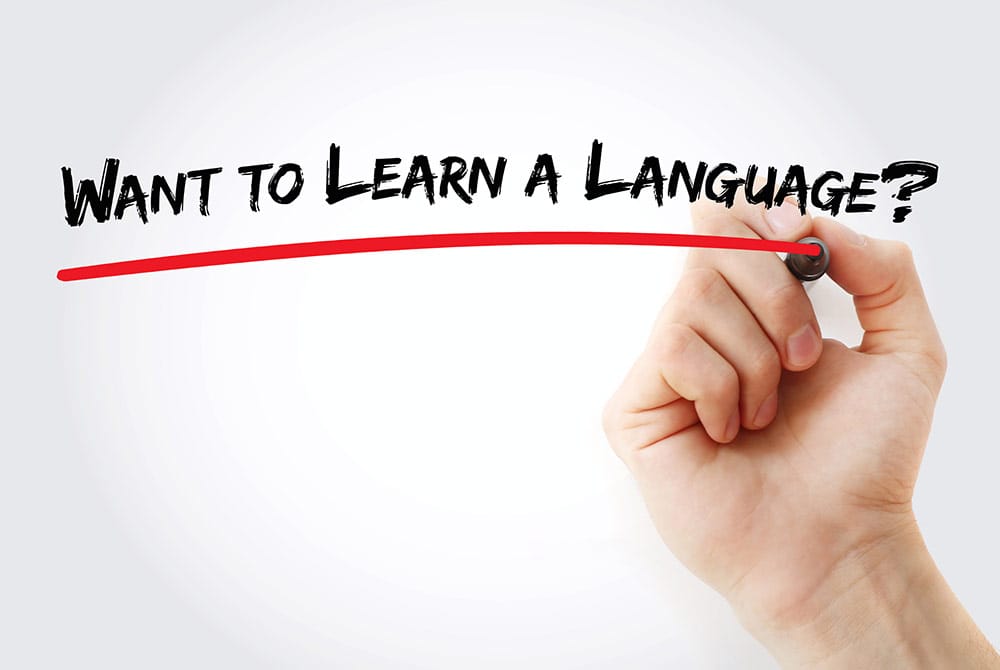 The basic concepts of Spanish grammar

In this blog post, we’ve summarised some fundamental grammar rules so beginners can learn the basic concepts of the Spanish language.

The Spanish alphabet is made up of the 26 letters found in the English alphabet, plus the letter “Ñ”

Position in the alphabet: after the letter “N”.

The Spanish language has 27 letters and 5 digraphs (two letters that make one sound).

Accents can be placed over vowels

However, the pronunciation is the same as that of a normal vowel.

Remember that when writing in Spanish, vowels sometimes have an accent on them.

Remember, the form of the verb changes according to the subject. 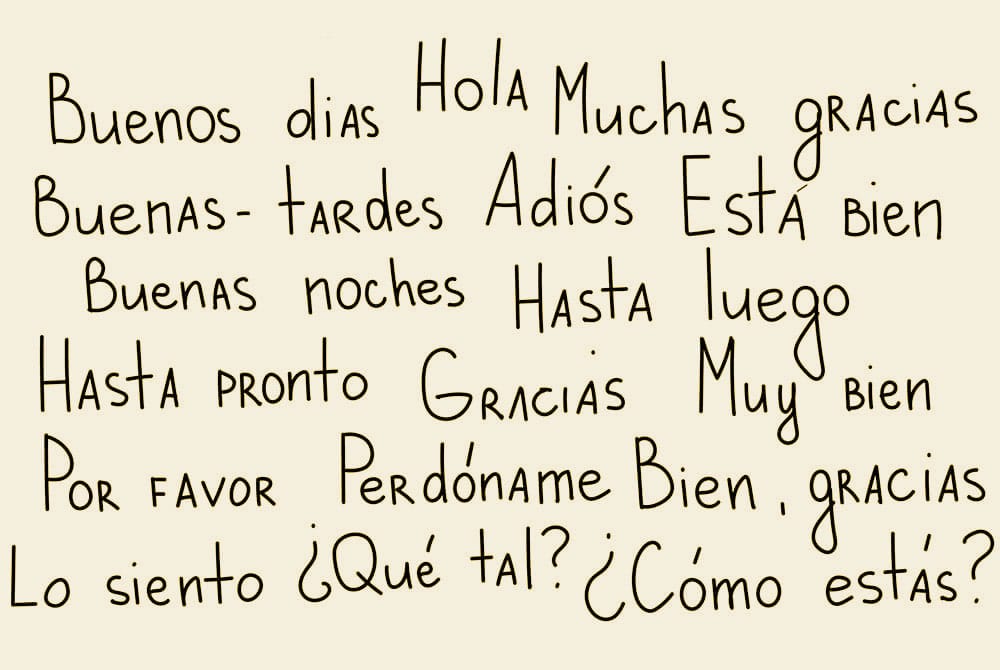 It’s not necessary to use the subject in a sentence

As we have just seen, the verb form changes according to its subject. This means that sentences can be formed without the subject, since the verb already shows who is doing the action. You don’t always have to use the subject like you do in English.

In a sentence, the order of subject, verb and object can change

In Spanish, there’s no strict rule about how to order words (subject, verb, object, etc.) in a sentence.

These words can change position, and the sentence can still be grammatically correct.

Example: Yo hago este trabajo (I do this job).

The above four phrases are correct, and any of them can be used. The only difference is the emphasis in the sentence, and you’ll learn how to use this with practice.

In Spanish, there is no fixed way to ask a question like there is in English (“Do you…?”).

As there is no fixed rule about the order of words in a sentence, both questions and affirmative sentences can have the same structure. The difference between them is the intonation that is used. There’s one variation used with affirmative sentences, and there’s another completely different variation used with interrogatives. Therefore, it’s easy to both ask a question and to know if someone is asking you a question or not. 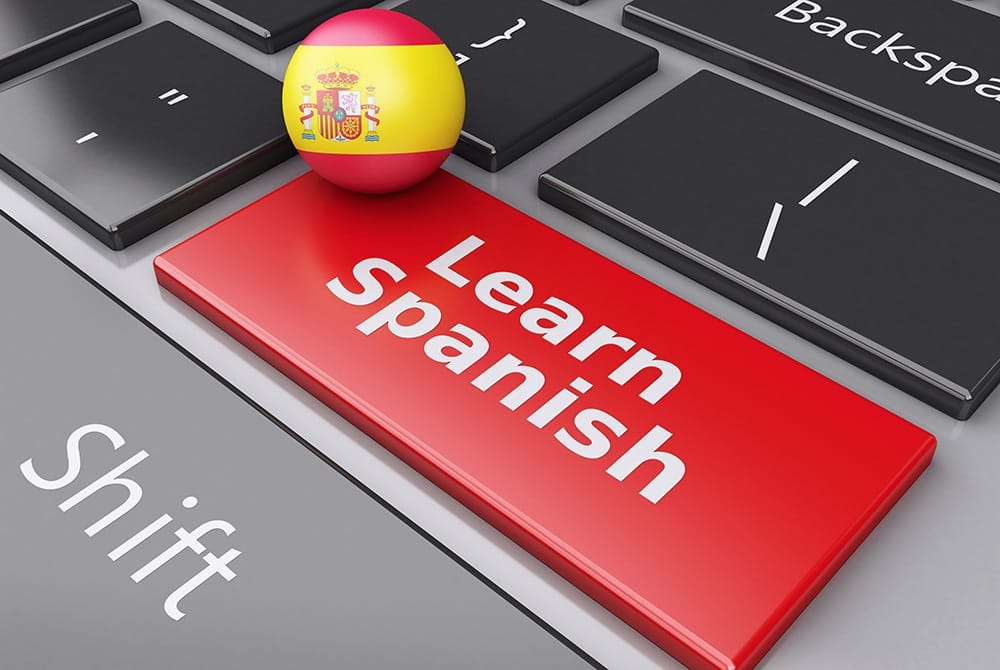 Nouns are masculine or feminine

The concept in Spanish of “grammatical gender” (“masculine nouns” and “female nouns”) doesn’t exist in English.

All nouns, including objects and people, are either masculine or feminine. This concept was determined during the evolution of the language. You’ll come to learn the gender of nouns through practice, regular use of the language, and repetition. It may seem confusing at first, but with regular practice, you’ll quickly pick it up.

The list goes on, as all nouns have a masculine or feminine gender.

You can usually tell if nouns are masculine or feminine by looking at the last letter. This is a useful tip for grasping this concept.

Masculine nouns: The word ends in the letter ‘o’ (for example, un gato (a cat) – masculine).

Feminine nouns: The word ends in the letter ‘a’ (for example, una gata (a cat) – feminine).

If you’re not sure if a word is masculine or feminine, you can use a dictionary to check. Rest assured that you’ll gradually learn masculine and feminine nouns and use them correctly.

Articles are placed before nouns

In English, an article such as “a, an, the” is placed before a noun. In Spanish, there are various articles “un, una, unos, unas, el, la, los, las…” that come before nouns.

There are some exceptions; sometimes it’s possible to use the noun without the article.

The article has to match the noun.

Take a look at this. It’ll help you to choose the correct article.

A few more pointers about these articles.

Example: I want a coffee.

I’m not referring to a specific coffee. I just want a coffee.

Example: Can you close the door?

I want you to close a specific door, i.e. the door that is next to you.

Was that difficult? Don’t worry too much if you make mistakes with articles. People will understand you.

Try to practise them as much as possible, and soon you’ll be able to use them without even thinking about it. 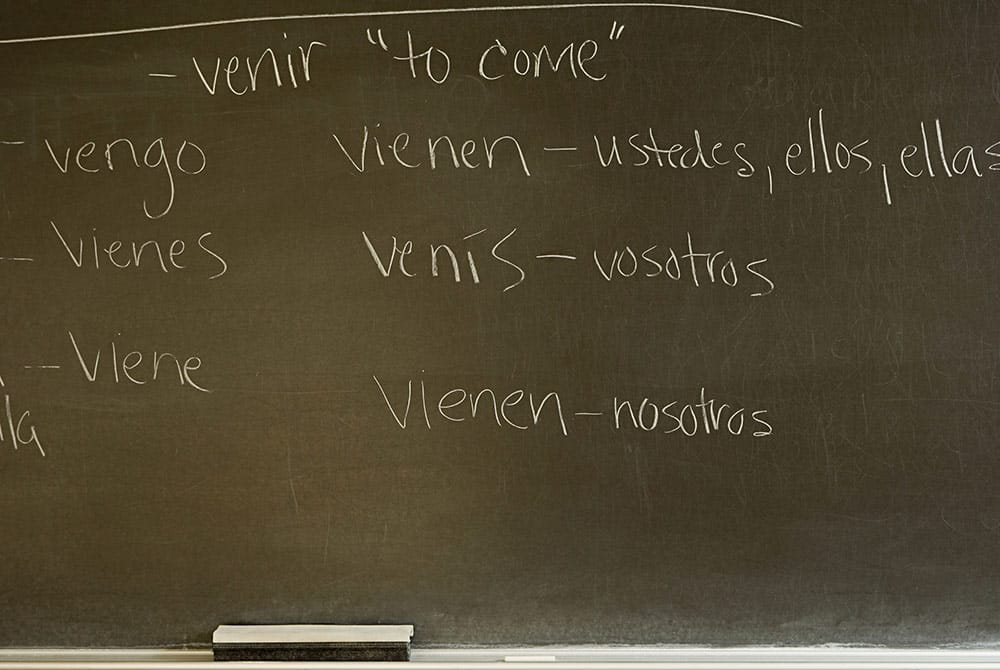 Another basic concept of Spanish grammar

How to use verbs and improve your writing skills

The way Spanish verbs work can be overwhelming at first because they have many different forms and complex conjugations.

But don’t worry, it’s all a question of mastering them over time.

Learning to use subjects and verbs correctly will help you learn how to write simple sentences quickly.

Let’s start with a very basic rule to do with verb endings that will allow you to start constructing sentences properly.

All Spanish verbs end in one of three ways:

Learning how to conjugate regular verbs (verbs that follow certain rules) will help you to write sentences quickly.

Look carefully, as the endings allow you to see clearly which part of the verb doesn’t change and which part does. Then you can add the appropriate ending for the subject.

These endings are the same for many verbs.

If you learn verb endings well to start with, it’ll be easy for you to use a wide range of regular verbs.

How to use “AR” verbs

How to use “ER” verbs

How to use “IR” verbs

Most verbs in Spanish are regular verbs, but there are also some irregular verbs (verbs that you have to conjugate in a different way, not according to these rules).

We’ll show you how to conjugate a couple of them so you get the idea.

How to use the verb “HACER”

How to use the verb “IR”

With time and practice, you’ll be able to master using verbs like this. 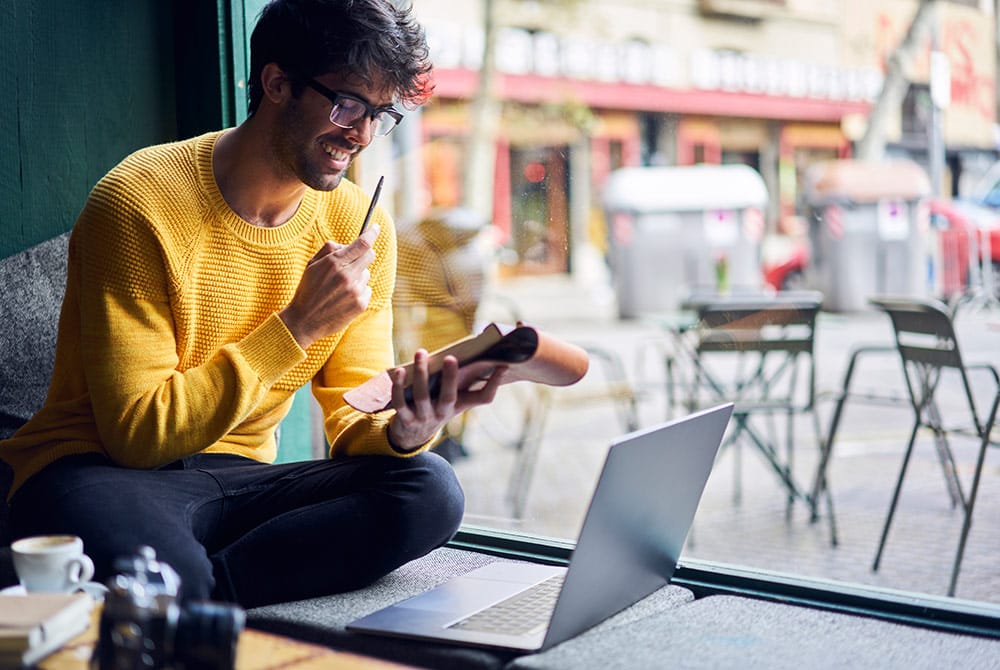 Some additional tips for learning Spanish

– Avoid translating every sentence you’re going to say directly from English to Spanish in your head. This will take too long, and you’ll get frustrated. Practise thinking in Spanish, as this will help you when you speak. For example, practise thinking about what you are doing or what someone else is doing (walking, cleaning, etc.) in Spanish. This will help you to have a basic everyday conversation.

– Practise using the verbs that you rely on in everyday life until you reach a point where you have no problem remembering them.

– Don’t focus too much on learning Spanish through studying grammar. Keep in mind that being able to speak is the top priority, so think of studying grammar as a complementary element to help you improve your speaking. It’s far more important to practise speaking and listening.

Even if you really understand grammatical concepts, being able to use them while speaking requires conversational skills that you’ll acquire over time.

Before you know it, you’ll be able to speak Spanish and use grammar correctly.

In conclusion, learn the basics of Spanish grammar and use them consistently. You’ll find yourself speaking Spanish fluently in no time!